Fast Bowling is the vital part of the game when it comes to cricket. Through their aggression and pace, fast bowlers not only can dismantle the top order of the opponent team, but also can provide a break through in the analytic moments of the game. Cricket history is full of such great bowlers who earned their name through their pace and passion for the game. Today will be looking at the Top 10 Fastest Bowlers In The History of Cricket.

Top 10 Fastest Bowlers In The History of Cricket

From Shoaib Akhtar to Brett Lee and from Shaun Tait to Mohammad Sami, cricket has given us many fast bowling legends. Let us have a look at the Fastest Bowlers in the history of Cricket who have bowled the fastest cricket balls in their career.

Former Pakistani Fast Bowler Shoaib Akhtar claims the top spot on our list of Fastest Balls in cricket. He is regarded as the Fastest Bowler Cricket has ever seen. Shoaib was nicknamed Rawalpindi Express for his bowling speed and relation to Rawalpindi city of Pakistan. 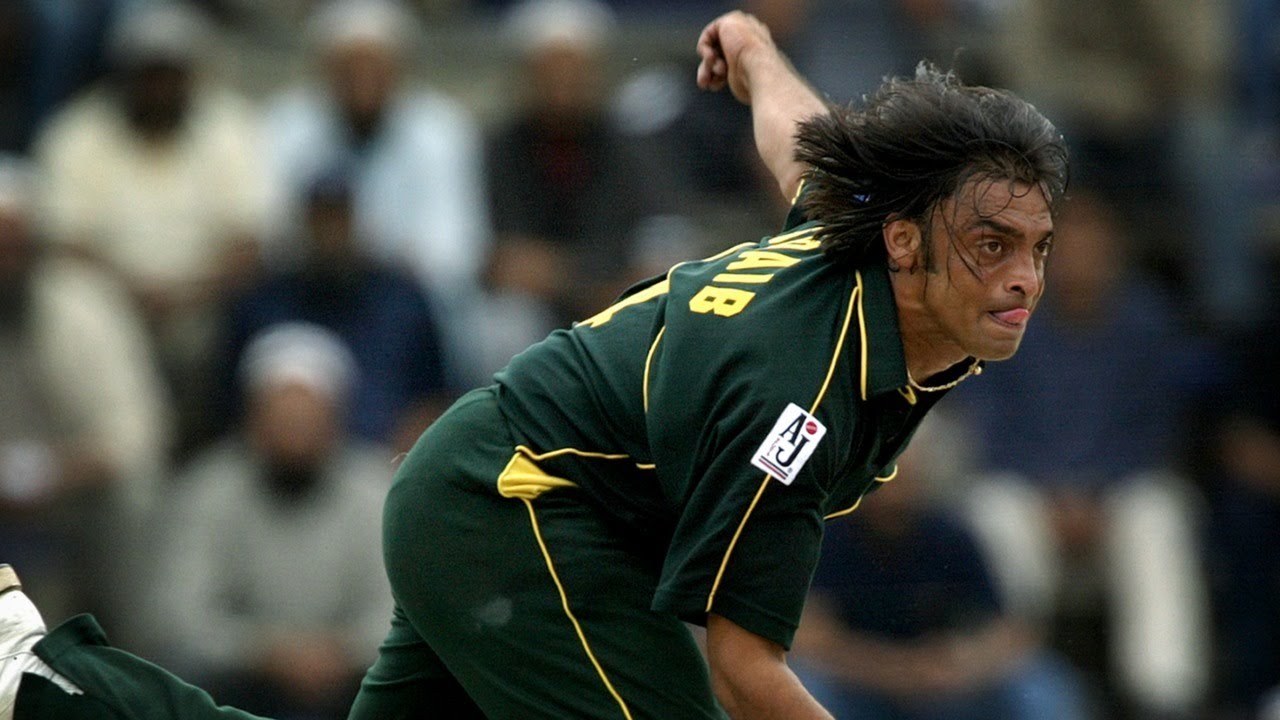 In 2003 Cricket World Cup, He recorded the fastest ball in the history of cricket, during a pool match against England at a speed of 161.3 km/h (100.23 mph). Shoaib is the first ever fast bowler to cross the 100 mph mark twice.

He played 46 tests, 163 ODI and 15 T20s for Pakistan. Pindi Express picked up 178 test, 247 ODI and 19 T20 wickets in his international career. He also played in the Indian Premier League for some time. He is now retired and enjoys commentary at different media Channels.

Former Australian fast bowler Brett Lee takes the second spot on our list of greatest fast bowlers in cricket. He represented Australia from 1999 to 2012 in his career. He was nicknamed Binga after the Australian Electronics store. 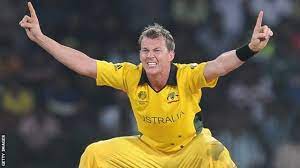 Brett Lee is regarded as one of the fastest fast bowlers of all times. He bowled his fastest delivery in 2005 against New Zealand at a speed of 161.1 kmph (100.1 mph). Apart from it, Binga was also an athletic fielder as well.

He is the first bowler in T20 Cricket to pick up a hat-trick. Brett Lee owns 310 Test and 380 Wickets to his name in his international career. Thus, he deserves the 2nd spot in our list of greatest Australian fast bowlers.

Former Australian Right Arm Fast Bowler Shaun Ait holds the 3rd spot on our list of Fastest Bowlers in Cricket. He represented Australia from 2004 to 2016. Shaun played three tests and 35 ODI matches for Australia in his international career. He was nicknamed Wild Thing for his furious fast bowling. 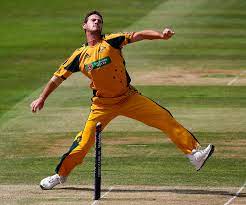 Shaun bowled his fastest ball during an ODI match against England in 2010 at a speed of 161.1 km/h (100.1 mph). He is regarded as one of the greatest fast bowlers of all time. He picked up 5 tests and 62 ODI wickets in his career.

Due to an injury he said good bye to Cricket in March 2017. However, he is still an inspiration for thousands of young bowlers in Australia.

Previous Australian fast bowler Jeff Thomson claims the 4th spot on our list of greatest fast Bowlers of all time. Jeff played international cricket for Australia from 1972 to 1985. He represented Australia in 51 tests and 50 ODIs in his international career. 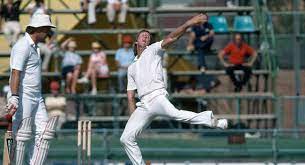 Jeff remained the opening partner with Dennis Lille; together they were most fearsome bowling partners at that time. He produced his fastest ball against West Indies in 1975 at a speed of 160.6 kmh (99.8 mph). Also, he is considered to be the fastest bowler cricket has ever seen.

Many players who faced Jeff Thomson in 70’s and 80’s claimed him to be the fastest bowler in the history of cricket. His partner and former Australian Wicket Keeper Rod Marsh said he bowled at a speed of 180 kmh.

Jeff owns 200 test and 75 ODI wickets to his name. Therefore, he holds the 4th spot on our list.

Modern-day Australian Fast Bowler Mitchell Starc also puts together on our list at the 5th place. He debuted for Australia in 2010 and till now is playing International cricket for his team. Starc is said to be the fastest bowler in modern day cricket. 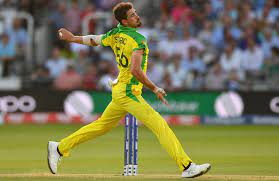 He is the fastest bowler to complete 100 ODI wickets. Starc also broke most Sixes at MCG in an innings by Andrew Symonds. Who knows, how many records he will set at the end of his career.

Former West Indian fast bowler Andy Roberts holds the 6th place on our list of fastest deliveries in cricket. Andy played international cricket for West Indies from 1974 to 1983. He represented West Indies in 47 Tests and 56 ODI matches. Andy is regarded as the father of modern day fast bowling in West Indies. 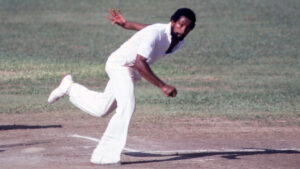 He produced his fastest ball at a speed of  159.5 kph (99.1 mph) against Australia in 1975 at Perth. Imran Khan described a fast ball he faced by Andy as the as most terrifying ball he ever faced. He claimed 11 fifers and two ten wicket hauls in his test career.

Even today, Andy Roberts is an idol for young West Indian fast bowlers. Thus, he occupies the 6th place on our list.

Present day Barbadian fast bowler Fidel Adwards claims the 7th spot on our list. Adwards debuted for West Indies in 2003 and still is enjoying his international cricket career. So far, he has played 50 tets and 55 ODIs for West Indies. 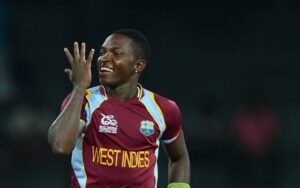 Soon after his debut, Adwards bowled his fastest ball at a speed of (97.9 mph) against South Africa in 2003. Former West Indian captain Brian Lara spotted him in the nets and brought him to international cricket.

Fidel Adwards has claimed 165 test and 60 ODI wickets in his international career so far. Apart from it, he also plays in T20 League such as Bangladesh Premier League and Indian Premier League.

Former Australian Cricketer Mitchell Jhonson also joins our list at the 8th place. He represented Australia from 2005 to 2015 in international cricket. Jhonson played 73 tests and 153 ODIs for Australia in his international career. 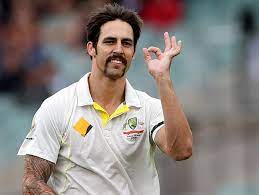 He cloaked his fastest delivery at a speed of 156.8 km/h (97.4 mph) against England in 2014 Ashes Series. Mitchell took 313 test and 239 ODI wickets in his international career. He had the ability to reach 150+ multiple times during a bowling spell.

Jhonson had his best bowling figures for Australia of 8/61 against South Africa. He is the 5th highest wicket taker for Australia in tests.

Former Pakistani Fast Bowler Mohammad Sami also puts together on our list at the 9th spot. He played international cricket for Pakistan from 2001 to 2016. He is regarded as one of the great fast bowler in cricket who had the ability to swing ball at high pace. 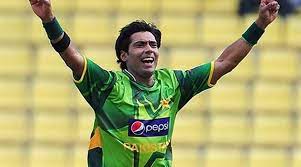 Even today, many Pakistani young fast bowlers seek inspiration from him. 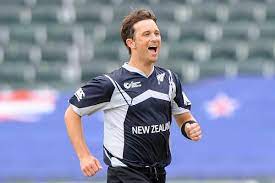 Apart from it, he also played in Indian Premier League as well. Today, he is providing coaching to the National cricket team of New Zealand.

So here is our list. Who do you think should make it our list. Let us know in the comments.