Wicket-Keeping is the most important fielding position in the game of cricket. Not all cricketers have the potential to become a goo wicket-keeper as it requires special athletic skills like speed, focus and acrobatics. However, Cricket fans have seen some of the best Wicket-Keepers who were exceptional at their jobs. Today, we will be looking down at Top 10 Greatest Wicket-Keepers of all times in cricket.

Top 10 Greatest Wicket-keepers Of All Time

Former South African Cricketer Mark Boucher takes the top spot on our list. He is one of the best wicket-Keeper of all times and holds the record for the most test dismissals (532 catches and 23 stumps) in career. Apart from representing South Africa in International games, Boucher also played for Royal Challengers Bangalore and Kolkata Knight Riders in the Indian Premier League. 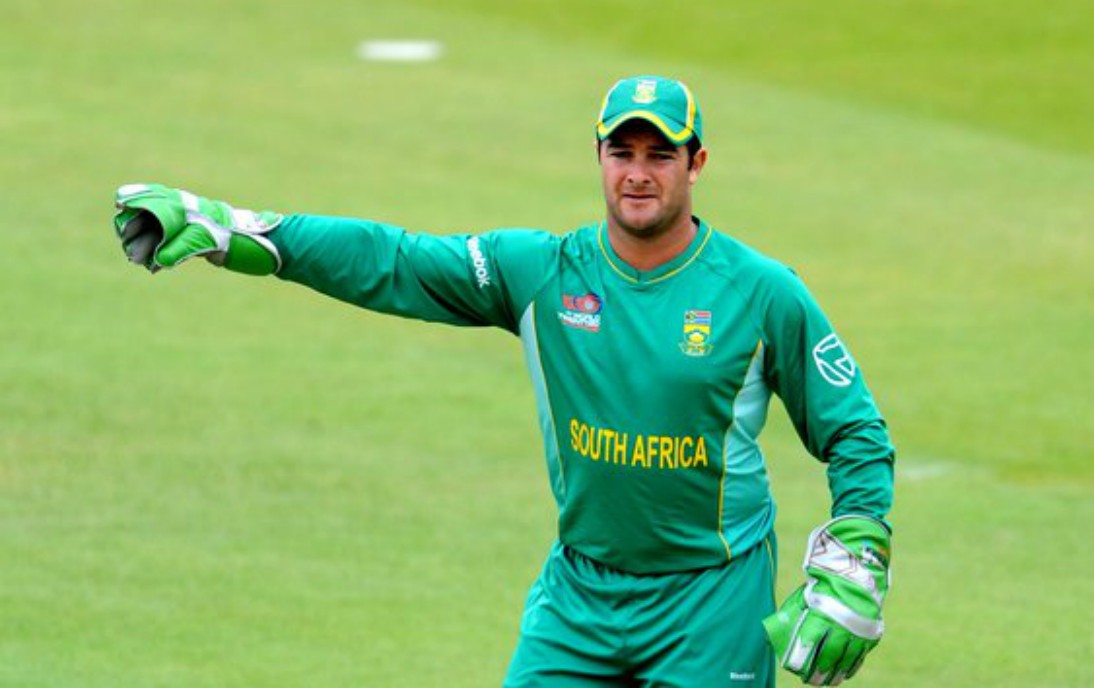 Born on 3 December 1976 at East London, Eastern Cape, Mark Boucher played all three formats of the game during his career from 1997 to 2012. He was a Right-handed Wicket-Keeping batsman who mostly opened for Australia in One Day Internationals.

Also, He was the first Wicket-Keeper to reach the milestone of 400 dismissals in the history of test cricket. In 2009, he received Wisden Cricketer of the year ward. Now, he takes the first spot on our list of greatest wicket-keepers of all time in cricket.

2. Adam Gilchrist [ Most Catches in ODIs]

Widely regarded as the greatest wicket-keeper batsman, former Australian captain Adam Gilchrist takes the 2nd spot on our list. During his time, he was an attacking batsman who redefined the role of Wicket-Keeper for Australia. Born on 14 November 1971 at Bellingen, New South Wales, Adam Gilchrist played 96 tests and 287 ODIs from 1996 to 2008.

He took 379 catches with 37 stumpings in Tests and had 417 catches with 55 stumping in ODIs. Moreover, he also holds the record for most catches in test and ODI formats. Adam Gilchrist was Wisden Cricketer of the year in 2002 and he received ODI Player of the Australia award in 2003 and 2004. 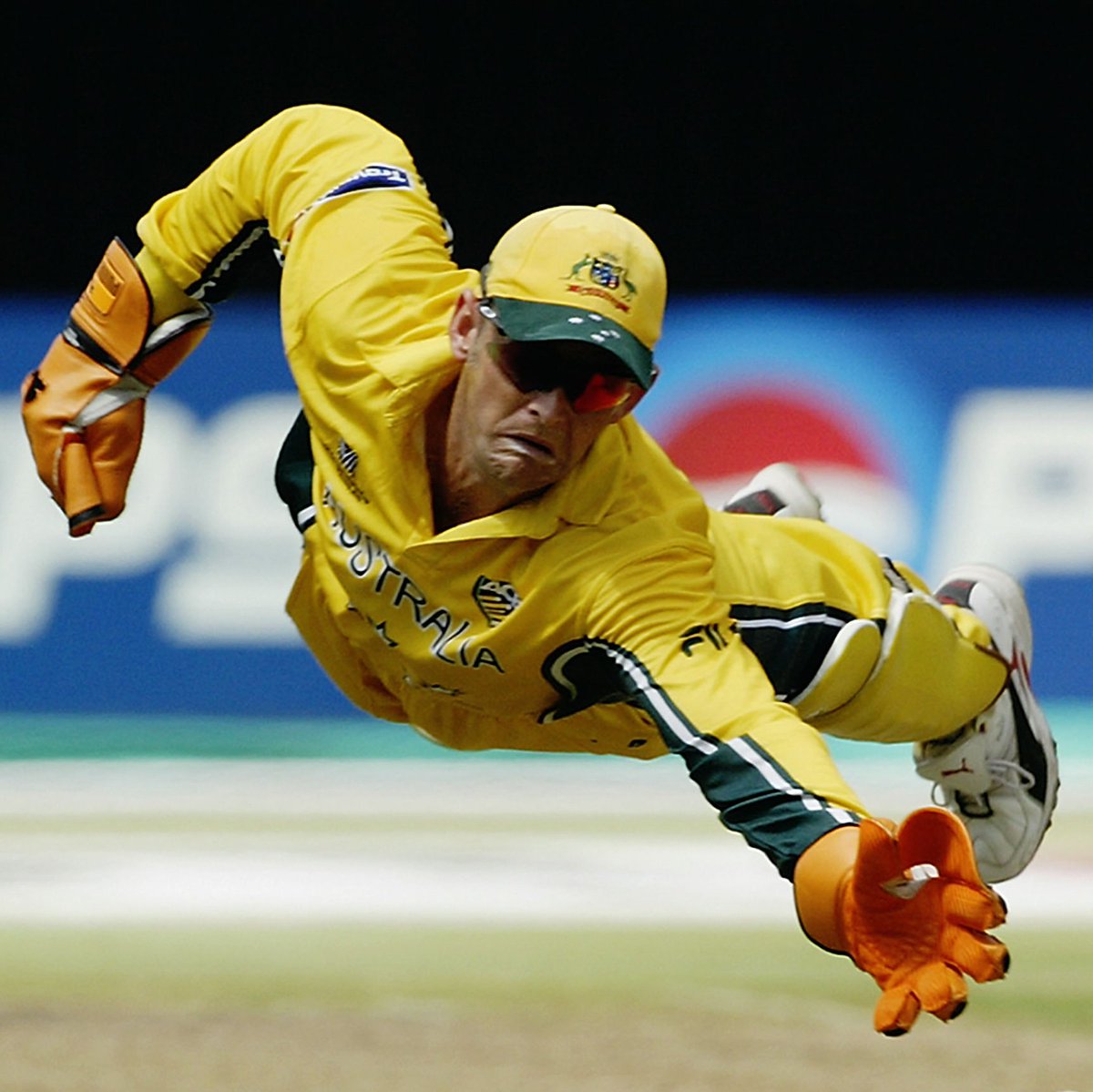 He was voted as World Scariest Batsman and he was named wicket keeper and opening batsman in Australia’s greatest ODI team ever. In 2010, he was made Member of the Order of Australia for his services in cricket. ICC inducted him into Hall of fame in 2013.

Legendary Indian Captain and most Successful Wicket-keeper in IPL MS Dhoni makes the 3rd spot on our list. With his lightening speed behind the stumps, He is regarded as one of the greatest wicket-keepers of all times in cricket. Born at Ranchi, Bihar (now in Jharkhand) on 7 July 1981, he played all formats of the game from 2004 to 2019 for India. 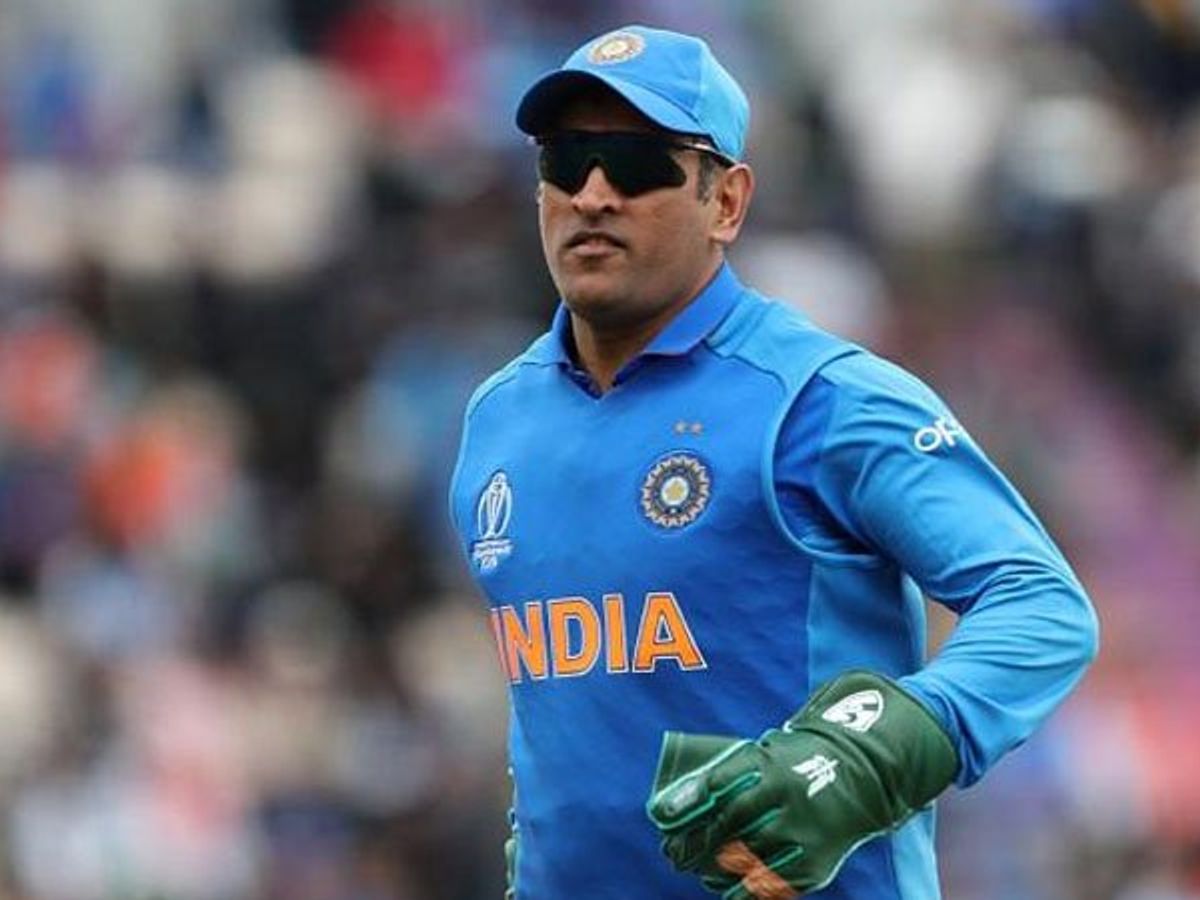 Apart from it, Dhoni also holds the record for most dismissal in T20 cricket. He was declared ICC ODI Player of the year in 2008 and 2009. In addition, he was also part of ICC World XI team from 2008 to 2014. Dhoni was a great batsman wicket-keeper who crossed 10,000 runs with an average above 50. He is the fourth Indian to complete 10,000 runs in ODI cricket and second wicket-keeper to achieve the goal.

Now, MS Dhoni earns his spot on our countdown.

4. Kumara Sangakara [ Most Dismissal in ODIs]

Rated as greatest ODI player of all times, legendary Sri Lankan cricketer Kumara Sangakara joins our list at the 4th spot. He is widely considered as the greatest batsman in the history of cricket who remained among top 3 batsman on ICC Player Rankings in all three formats. Sangakara was a star wicket-keeper during her career and he holds the record for most dismissals in ODI cricket. From 2000 to 2015, he played 404 ODIs and took 383 catches with 99 stumpings. 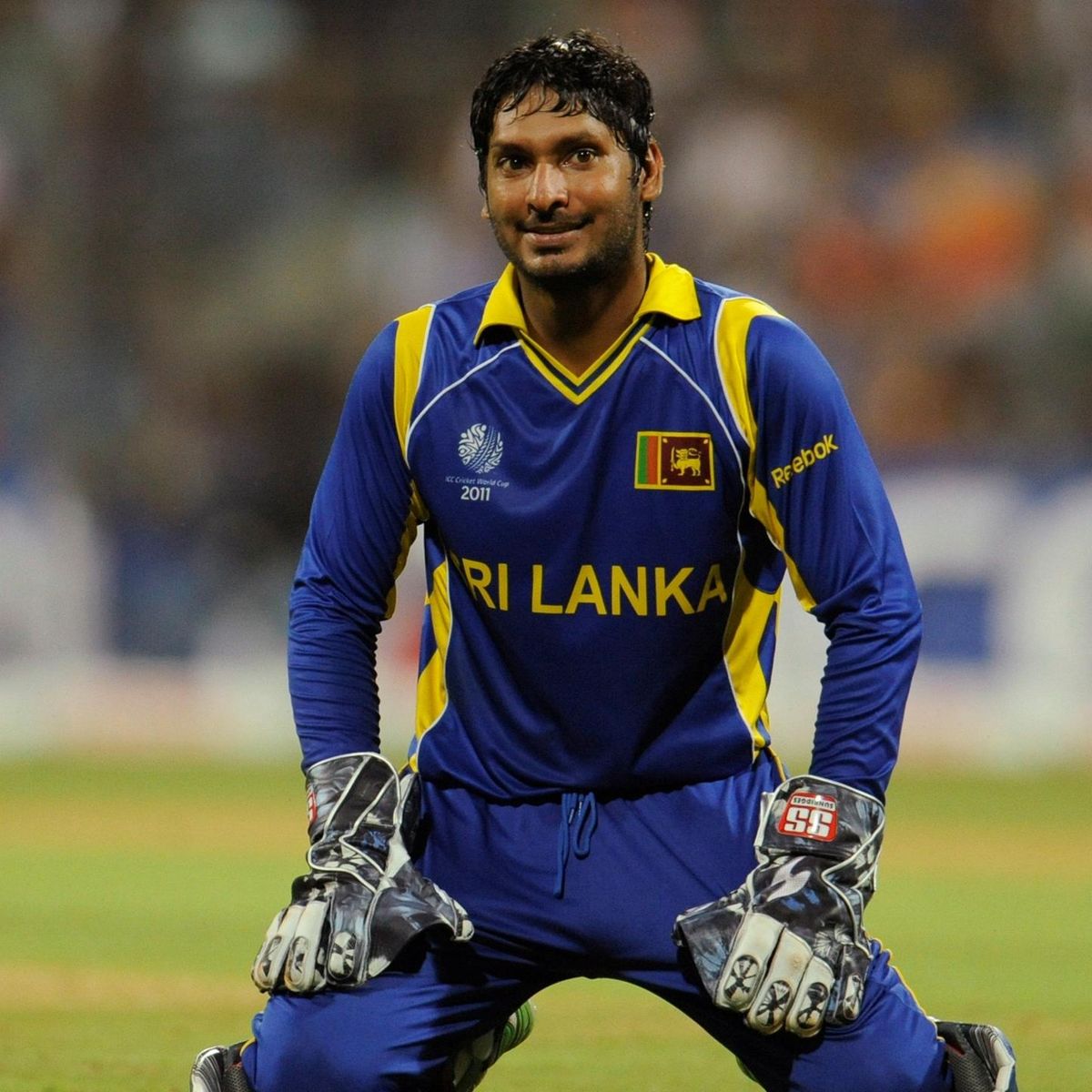 Not only this, Kumara Sangakara also scored 12,400 runs in test and 14,234 runs ODI format. Apart from it, His T20 career also marks 13,82 runs. For his magnificent achievements as a Wicket-keeper batsman, he received ICC Cricketer of the year award in 2012.

In addition, he also won Wisden Cricketer of the year award in 2012 and 2015. Sangakara also received Man of the Match award in ICC T20 World Cup 2014 when he helped Sri Lanka record their first T20 title. He is the first wicket-keeper batsman to surpass 10,000 runs in ODI cricket. After retirement, he now serves as the president of Marylebone Cricket Club.

5. Ian Healy [ Most Dismissals in an innings]

Next we have another Australian Wicket-keeper Ian Healy making up the 5th spot on our list. He was specialist wicket keeper and a handy right handed top order batsman for Australia during her career. Healy played International cricket for Australia from 1988 to 1999. In addition, he also represented Queensland in Australian domestic cricket. 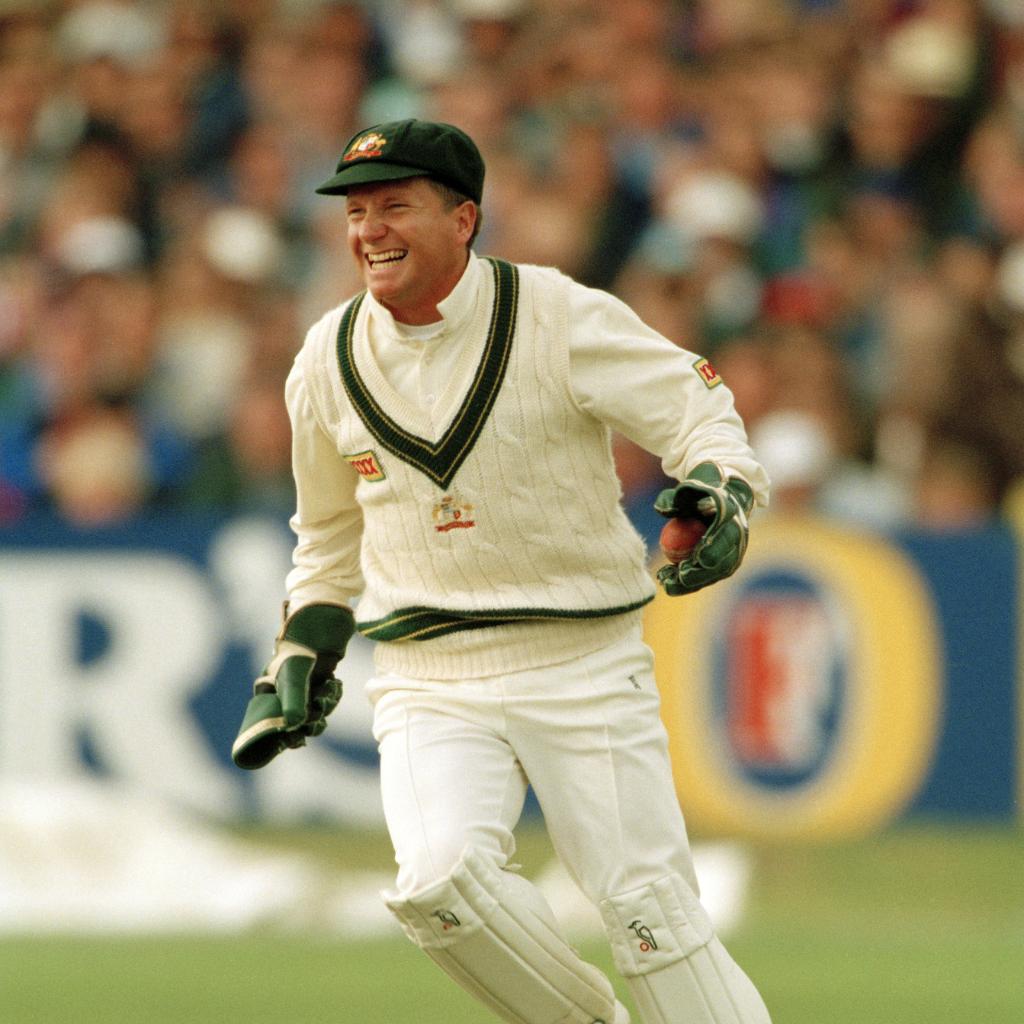 Ian Healy played 119 test and 168 ODIs for Australia during his career. He took 567 catches and recorded 68 stumpings during his time. He held the record for most dismissals in International at his retirement. The record was later surpassed by Adam Gilchrist and Mark Boucher.

Known for his continuous chatter behind the stumps, Ian Healy became the popular cricketer during his time. Apart from keeping wickets, he was a fine batsman as well and he recorded four centuries in test format. He received Wisden Cricketer of the year award in 1994. Moreover, he was also inducted Australian cricket hall of fame in 2008.

Australian Cricketers pioneers in the field of keeping wickets behind the stumps, that is why we have another former Australian Wicket Keeper Rod Marsh making up on the 6th spot. Though Marsh had a troubling start in his career with part of Media joking about his sloppy catching as “Iron Gloves”. However, he improved by the end of his career and he is widely considered as one of the Greatest Wicket Keeper in the sport.

From 1970 to 1984 Rod Marsh played 96 test and 92 ODIs for Australia. He recorded 628 dismissal in International cricket and held the record for most dismissal in tests at his retirement. In the 1981, he became the first Wicket-Keeper to take 100 catches in The Ashes Series. 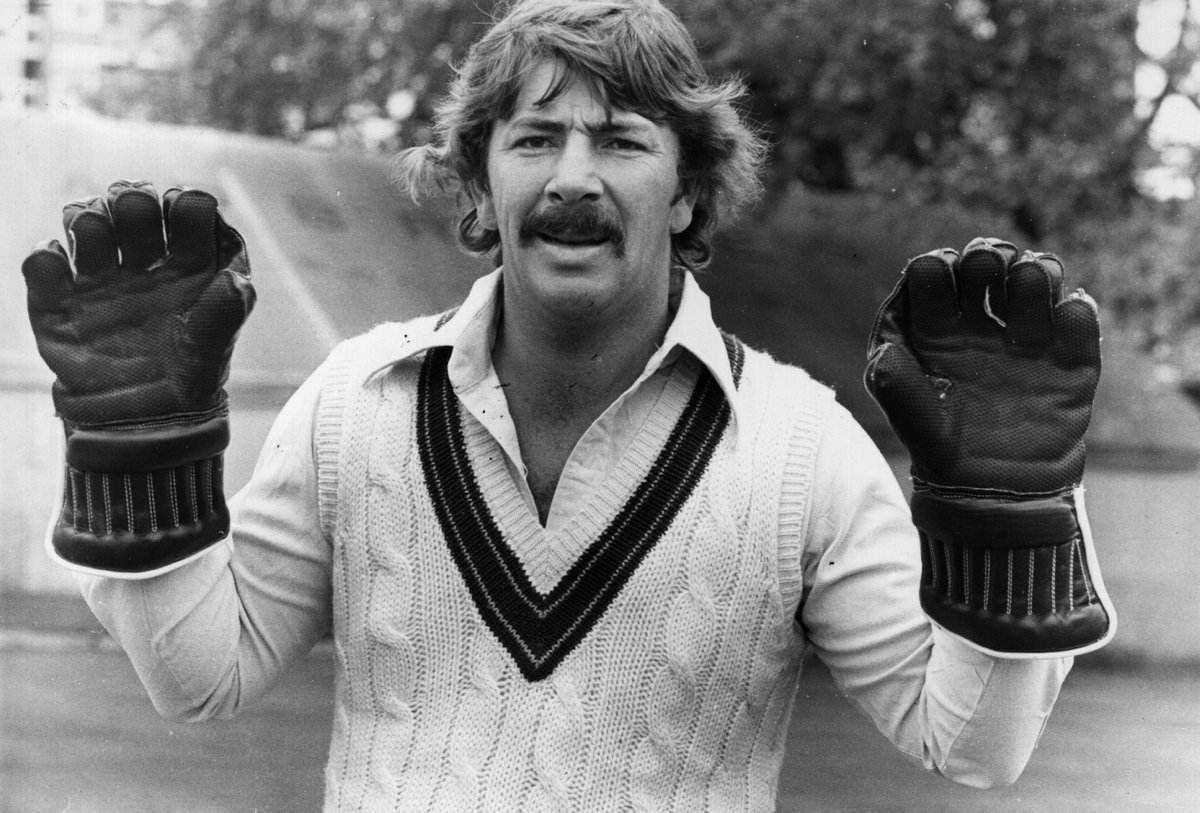 During his time, Rod Marsh remained a top wicket-keeper. He set new standards for Wicket-keepers with acrobatic diving skills. In 2009, he was inducted into ICC Hall of fame. Now, he earns his spot on our list of Greatest Wicket Keepers in the history of cricket.

7. Brad Haddin [ Most Dismissal in a Test Series]

Again we have a 4th former Australian Wicket-Keeper Brad Haddin joining our list at the 7th spot. Apart from representing Australia in International Cricket from 2001 to 2015, he also play domestic and league cricket for ACT Comets, New South Wales, Kolkata Knight Riders, Sydney Sixers and Islamabad United. During his career Haddin played 66 tests and 126 ODIs for Australia.

He recorded 449 Catches and 25 Stumpings in International Cricket. Haddin was the part of ICC Cricket World Cup 2015 and drove Australia to victory with his wicket-keeping. In Ashes 2013, he set the new record for most dismissal in a test series with 29 dismissals. 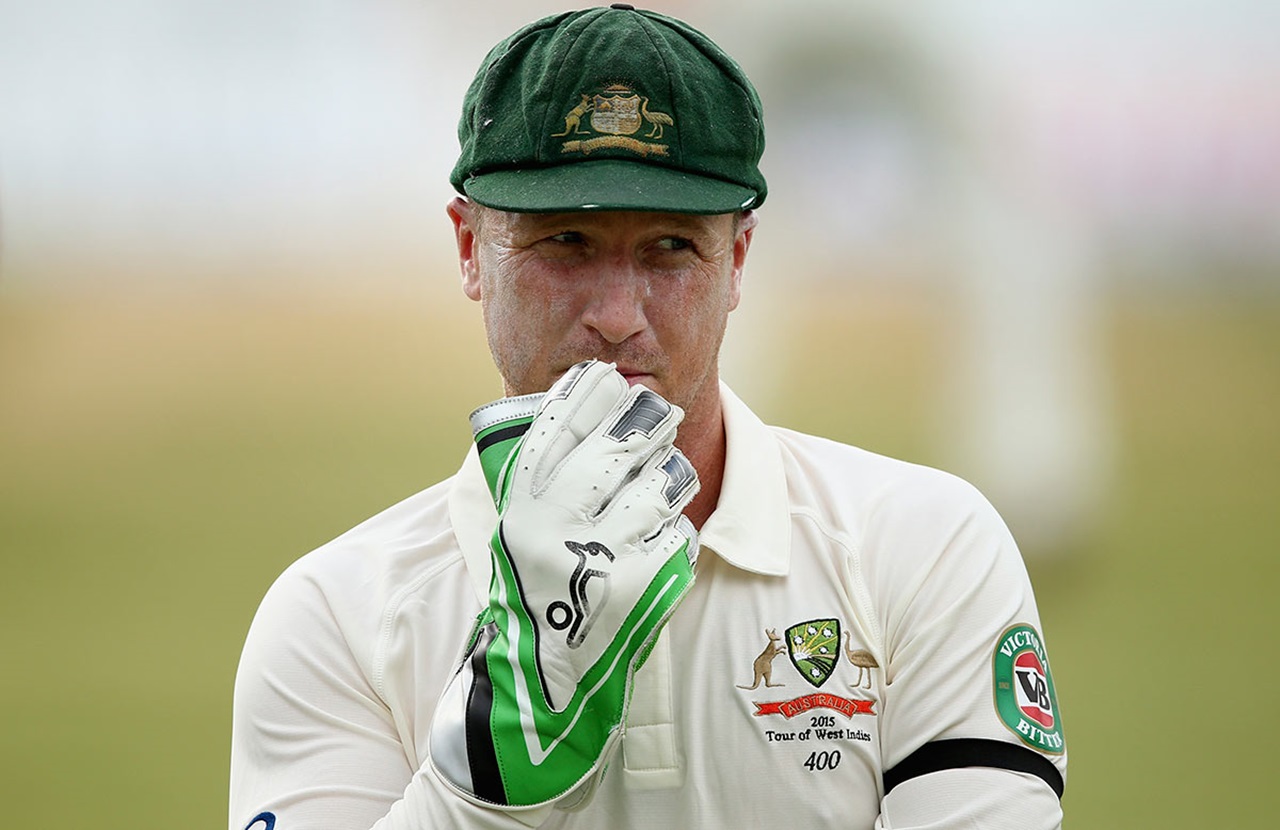 Brad Haddin was the second wicket-keeper to score five half centuries in Ashes 2013. Apart from it, he is also considered Greatest Test batsman of all times. Now, he earns his name on our list of Greatest Wicket-keepers in cricket history.

At number 8 we have a retired West Indian Wicket Keeper Jeff Dujon on our list. He was an athletic wicket keeper batsman and a competent lower order batsman during his career. From 1981 to 1991, he played 81 tests and 169 ODI matches for West Indies. Apart from playing international cricket, he also represented Jamaica in West Indian Domestic cricket.

Jeff Dujon took 448 catches and recorded 26 stumpings in his International Career. In his ten years long career, he was never part of West Indies in a losing series. Apart from it, he also scored nearly 10,000 runs and took 447 in first class cricket.

Dujon was inducted into ICC Hall of fame in 1989. After retirement, he worked with West Indian Cricket Board as an Assistant Coach to help and train young West Indian Cricketers. He earned his name for his wicket keeping skills during his time. Now, he joins our list of Best Wicket Keepers of all times in cricket history.

9. Moin Khan [ Most Dismissals in ODIs for Pakistan]

Former Pakistani Wicket-keeper Moin Khan makes the 9th spot on our countdown. He is the widely regarded as one of the best wicket-keepers in the history of Pakistan cricket. Moin represented Pakistan in 69 tests and 219 ODIs from 1990 to 2004. He was part of 1992 World Cup winning Pakistan team and hit a six in last over to get Pakistan into the final against England.

Moin Khan recorded 341 catches and 93 stumpings in his International career. With 242 ODI dismissals, he is the most successful Wicket-keeper of Pakistan in the limited format. After retirement, he was appointed Head Coach and Chief Selector of Pakistan Cricket Team. 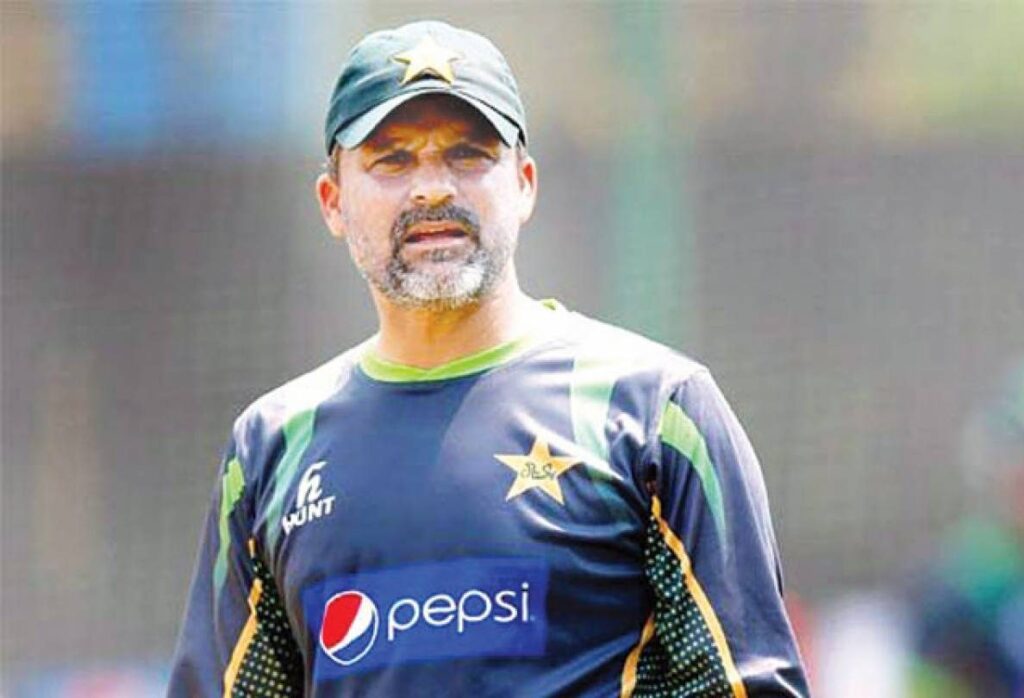 Apart from it, Moin also coaches Quetta Gladiators in Pakistan Super League. Now, he deserves his spot on our list of greatest Wicket-keepers of all times.

10. Denesh Ramdin [ Most Stumpings in T20s for West Indies]

Finally, we have a modern day West Indian Wicket Keeper Denesh Ramdin making up the last spot on our list. He is widely regarded as one of the best West Indian Wicket-Keepers of all times. Since his debut in 2005, he has represented West Indies in 74 tests, 139 ODIs and 71 T20 matches.

Denesh Ramdin has took 429 catches and recorded 39 stumpings in International cricket. He holds the record for most dismissals by a Windies Wicketkeeper with most stumpings in T20 format. Not only behind the stumps, Ramdin excelled with the bat as well during his career. He holds the record for highest ODI and Test score by a West Indies Wicket Keeper. 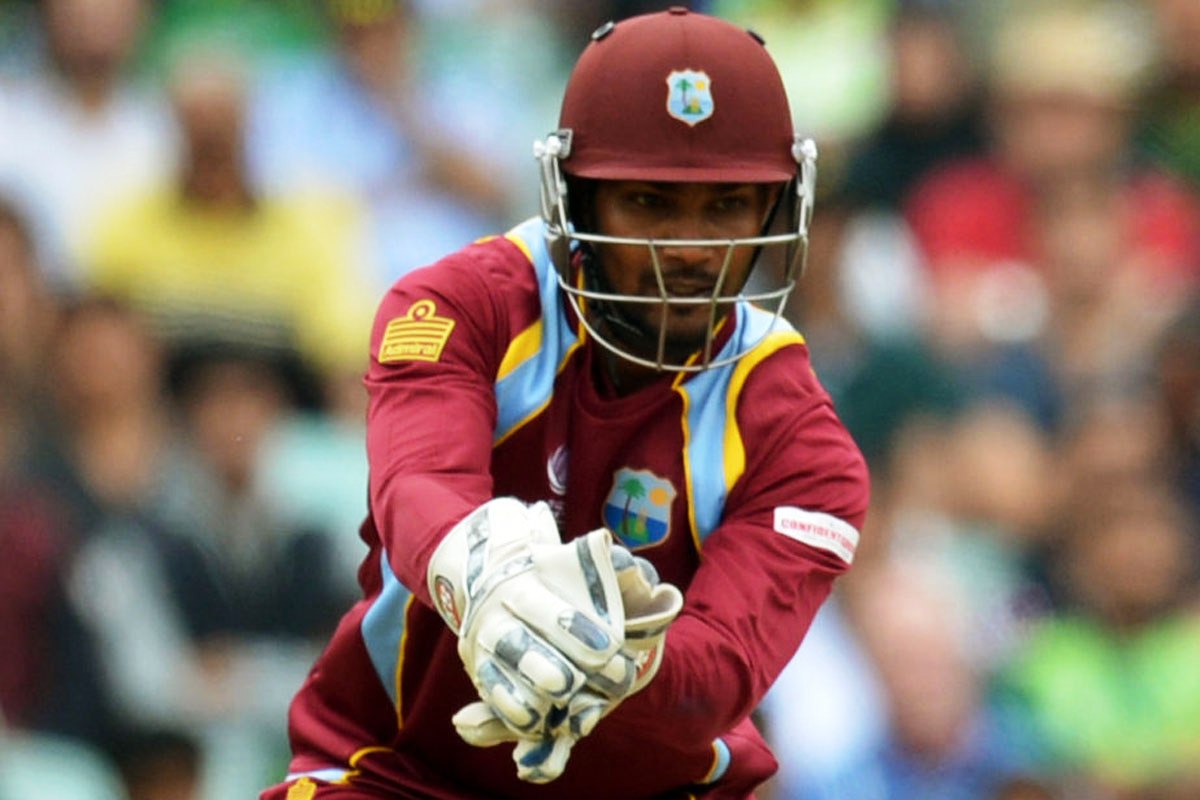 Apart from representing West Indies in International cricket, he also plays domestic for Trinidad and Tobago and Trinbago Knight Riders. Now, he joins our list of Greatest Wicket-keepers of all times in history.

Wicket Keepers play an essential role in the game of cricket. Not only they keep wicket behind the stumps but also guide their bowlers about the weak spots of opponent batsman. They with their special athletic skills take most difficult catches in crucial moments of the match. So, it becomes necessary for a team to have a top-notch wicket-keeper in their team.

Our list combined the most talented wicket-keepers with high records in the field of wicket-keeping. Who do you think should be able to make it on our list. Let us know in the comments.

Who is the No 1 wicket-keeper?

Mark Boucher holds the record for Most Dismissal in International cricket combining all the three formats. So, you can say he is the no 1 wicket keeper of all times in cricket.

Who is the No 1 wicket-keeper in India?

MS Dhoni tops all the three formats with his wicket keeping skills. So you can say he is the greatest Wicket-keeper of all times in India. Making him the No 1 Wicket Keeper in India at the same time.

Which is the fastest stumping in cricket history?

MS Dhoni was quick behind the stumps. He stumped Kemo Paul in only 0.08 seconds. It is regarded as the fastest stumping in cricket history.