Cricket is a sport of passion and commitment. Some of the cricketers avail the chance when goddess of Luck turns her glance towards them. However, some of these cricketers failed to avail this chance and instead of their performance they get famous by doing weird things on the field. Today, we will be looking at the Top 10 Most Overrated Cricketers Of All Time who got famous for weird behavior in the field.

Top 10 Most Overrated Cricketers Of All Time

Despite their weird behavior in the field, cricket fans started to like these over rated cricketers. Some of these players were also named in the different cricket scandals in their career. Let us look at the Most Overrated Cricketer list of all times.

Modern day Indian fast bowler Ishant Sharma occupies the top spot in our list. He got an impressive start as a test bowler soon after his debut for India in 2007. He was nicknamed lambu for his tall height. Ishant believed to become a star performer as bowler for India in all the three formats. 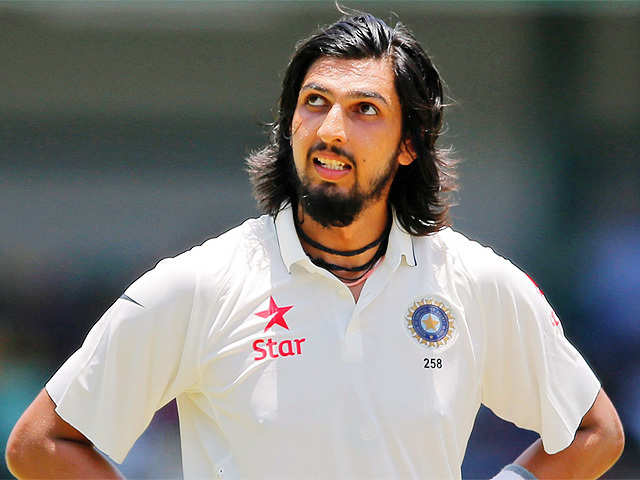 However, things did not worked for him in the limited formats of cricket. He equaled the record of most conceded runs in an over by Yuvraj Singh after giving away 30 runs in ODI series against Australia in 2012. In his career span of thirteen years, ishant picked up 303 test wickets, 115 ODI and 8 T20 wickets.

As per Former Indian bowling coach, he was the most dedicated bowler in Indian bowling set up. He failed to make any good impression in ODI and T20 matches after a good start in the Test format. However, he is still considered as one of the greatest Indian fast bowlers of all time.

Former Pakistani cricketer Umar Akmal claims the 2nd spot on our list of most overrated players in cricket. Umar had a great potential of an attacking batsmen, but he failed to succeed in his career. His behavior with management was un acceptable and he was involved in different controversies. 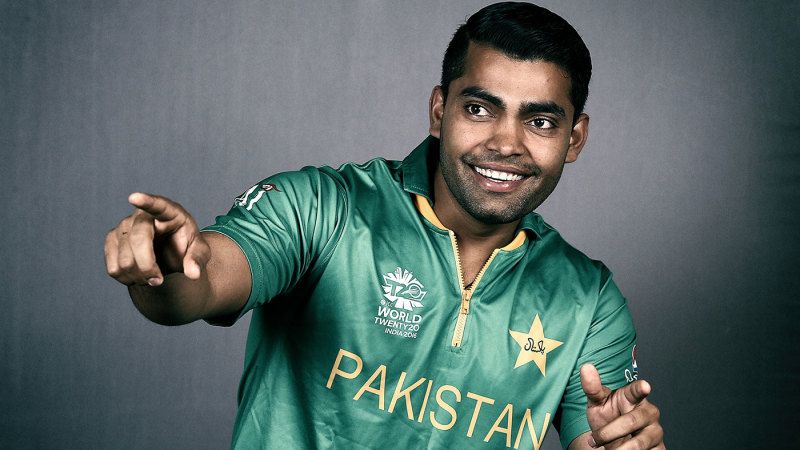 In 2019, PCB suspended Umar Akmal for not disclosing the matter relating to match fixing. He know believes, he was not provided enough support by his teammates, management and PCB.

Umar had exceptional hitting skills and he batted in the middle order to provide quick innings to Pakistan team. He owns one test hundred and two ODI hundreds to his name. Moreover, Pakistani cricket fans also make fun of his English in their Social media memes. Thus, he remains a popular cricketer in Pakistan today.

Modern Day Cricketer and former Sri Lankan Captain Angelo Mathews takes the 3rd place on our list. He debuted for Sri Lanka in 2008 as specialist all-rounder who had great skills both with the ball and the bat. 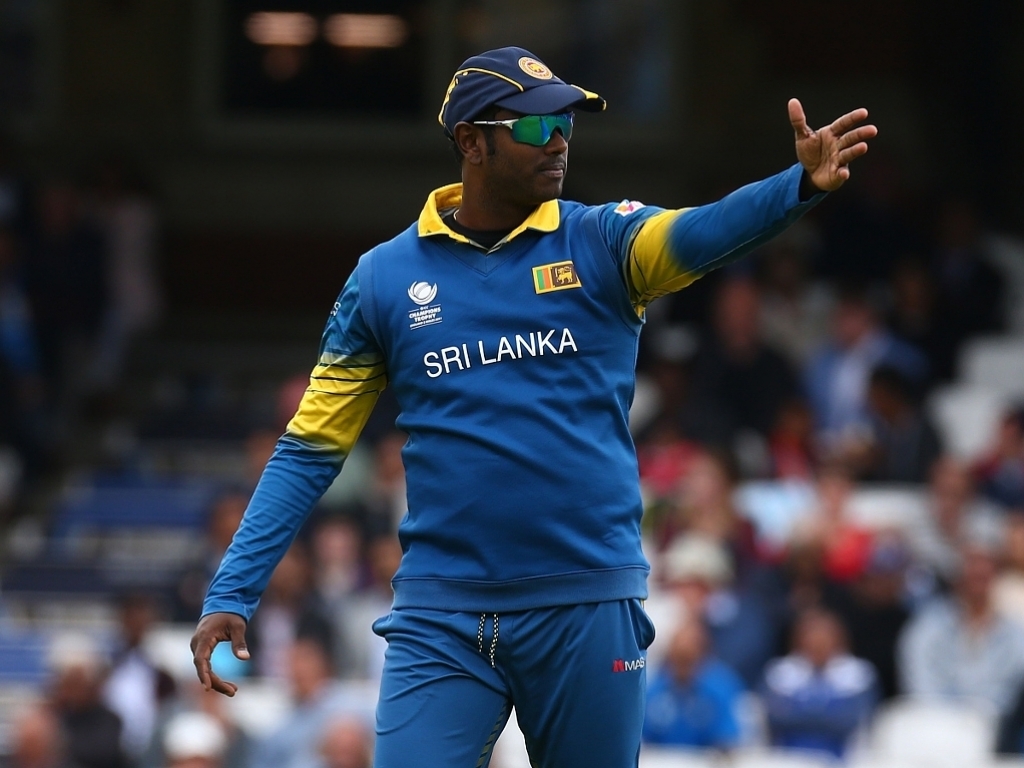 However, his performance came down when he was awarded Sri Lankan captaincy in 2013 and 2018. Perhaps, captaincy pressure hit his talent. However, he still considered a popular cricketer in modern-day cricket. Sri Lankans fans criticized him for low performance, but his fans still think of him as the greatest all-rounder in Sri Lankan cricket.

Angelo Mathews accounts for 11 test and 3 ODI hundreds in his career so far. Recently, he scored a double hundred for Sri Lanka in 2020 against Zimbabwe.

Former English Cricketer Ravi Bopara claims the 4th spot on our list. After making an impressive start for England in 2007, he claimed the Man of Match Award in England’s second match during Cricket World Cup 2007. The English media hailed him as the next Big Thing in English cricket. 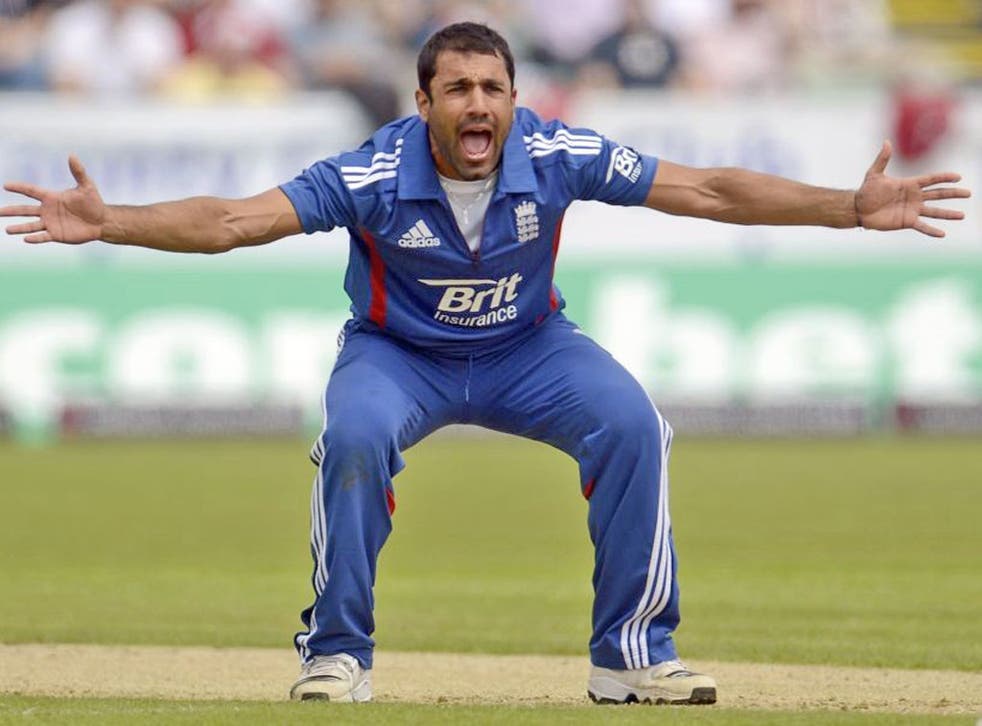 He is considered as most overrated players of all times in English cricket.

Previous Indian Fast bowler S. Sreesanth holds the 5th slot on our list. He played International Cricket for India from 2005 to 2011. Sreesanth was involved in worldly exchange with other cricketers on multiple times. Apart from it, he was also charged with spot fixing during IPL 6 season. 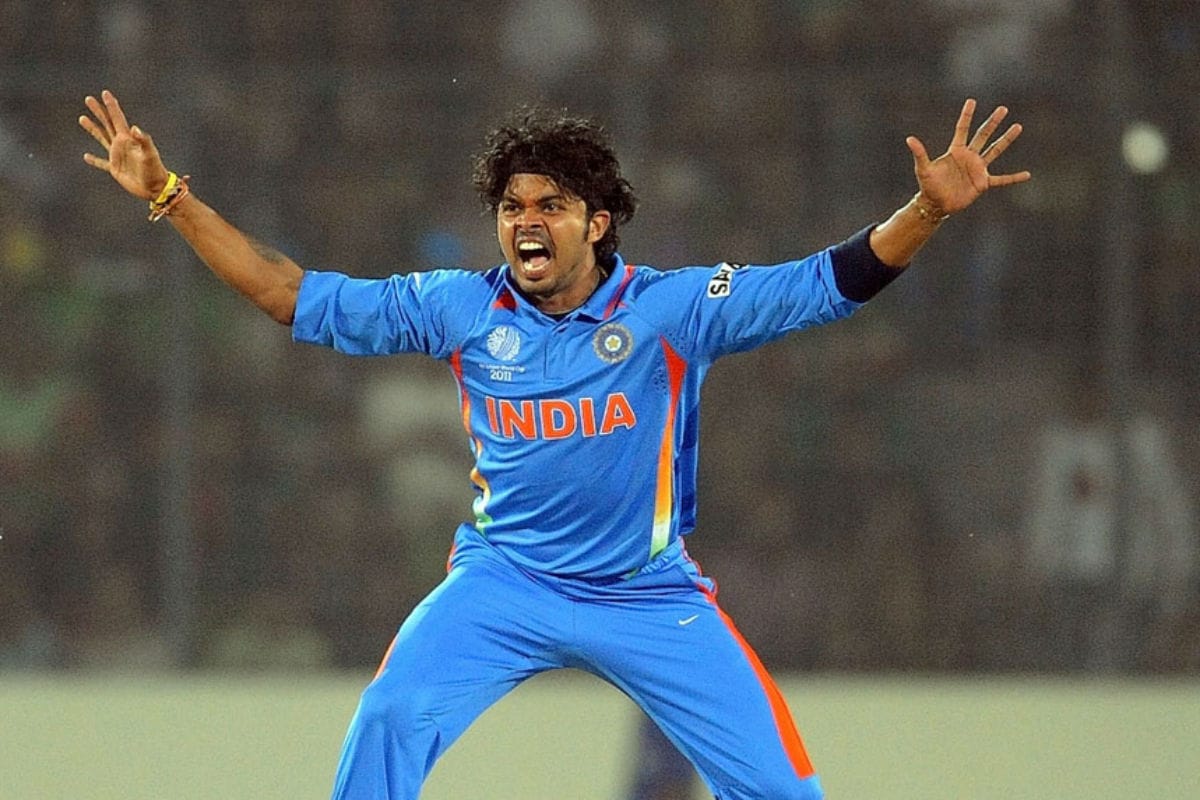 During his career, Dree took 87 test, 75 ODI and 3 T20 wickets in his career. After a life ban by Indian High Court, he joined Indian film industry and worked in many films.

He is regarded as an overrated cricketer by Indian Cricket fans. Thus, he occupies a slot on our list.

Former South African Cricketer Albie Morkel also puts together on our list at the 6th place. He represented South Africa in International Cricket from 2004 to 2012. Morkel played the role of an all-rounder as a cricketer. 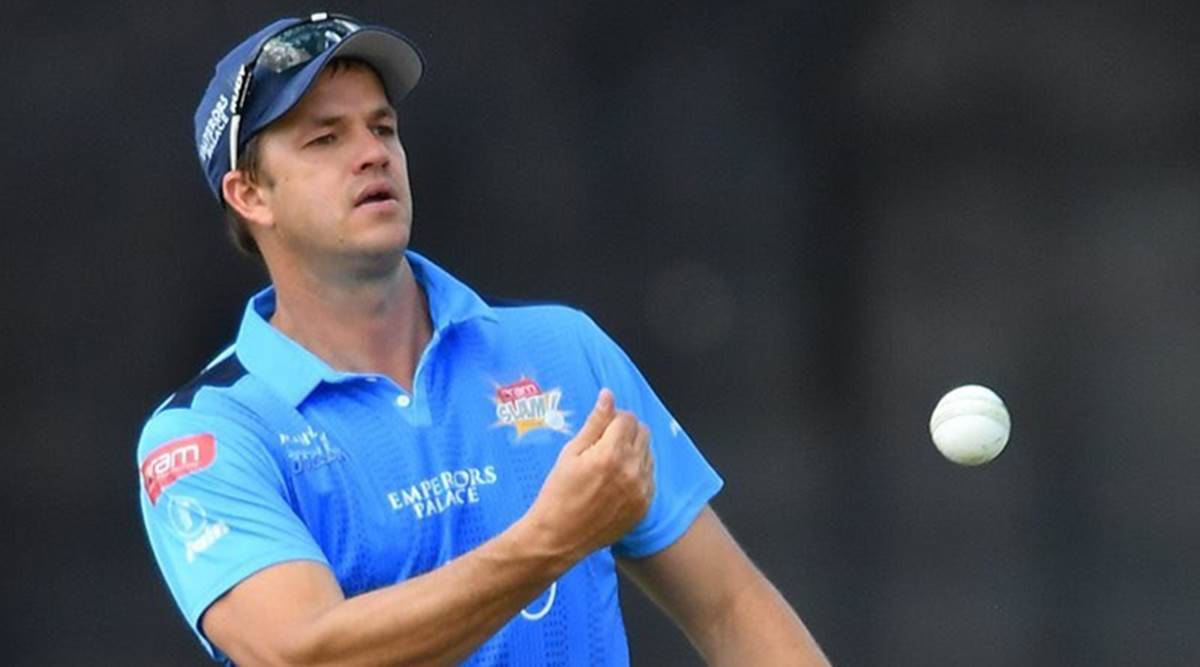 After a promising start in First Class cricket, he was selected in South Africa’s team squad. However, he failed to prove his selection and never showed extra ordinary skills. He has no test or and ODI century to his name.

Even As a bowler, he did not made any impact. After many chances were given to him, Morkel failed to prove his class. Thus, he is the most over rated cricketer of all times in cricket.

Former West Indian Wicket Keeper Denesh Ramdin also makes it our on list at the 7th place. Though, he was a great wicket keeper during his prime, but he lacked the ability to be a multi-talented cricketer. His wicket keeping stats are impressive, but as a batsman he never stated any good impression. 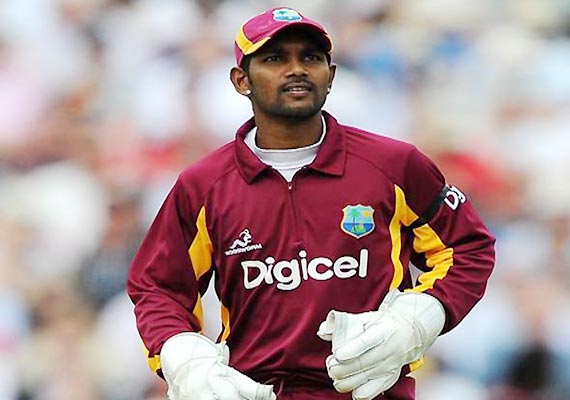 Ramdin accounts four test and 2 ODI centuries to his name in his career. With the passage of time, West Indian team management found a better subtiture for Denesh Ramdin in the limited overs cricket. Thus, he is the most overrated West Indies cricketer of all times.

Former Indian all rounder Yusuf Pathan also joins our list at the 8th position. He played international cricket for India from 2007 to 2012. After a bright beginning in the first class cricket, he debut for India in 2007. 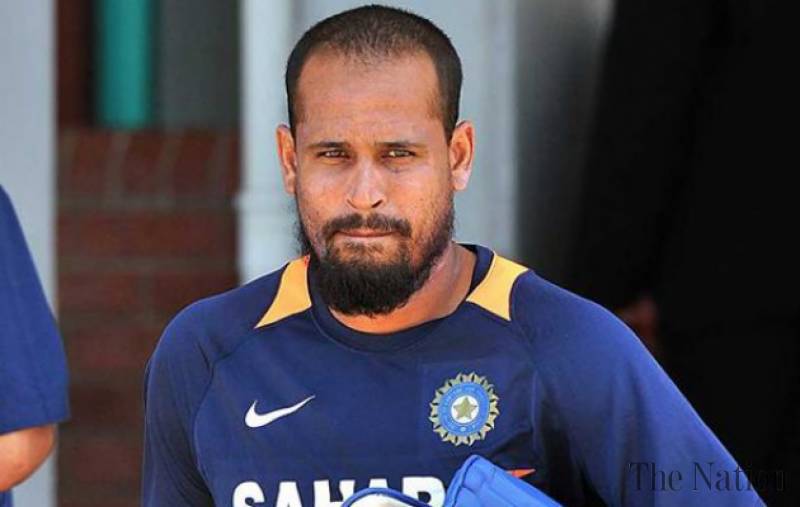 He could not impress the BCCI selection committee after he was given too many chances in International cricket. However, he proved his talent in the Indian Premier League on multiple occasions.

He is the elder brother of former Indian Cricketer Irfan Pathan, which made him popular among his fans. Thus, he is most overrated Indian player in cricket.

Previous New Zealand Cricketer Chris Carins occupies 9th spot on our list. He played International cricket for New Zealand as an all rounder from 1989 to 2006. So, He became popular in cricket when he broke the record of Most sixes in test cricket by Sir Viv Richard. He also held the record of fastest ODI century by a New Zealander for some time.

After making a good career in International Cricket he joined Indian Premier League. There, he faced match fixing allegation which ruined his career. And then, things started go wrong for Chris Cairns.

The IPL match fixing misfortunes ate his career. He is regarded as the Most Overrated New Zealand player of all time.

Present Day Australian Cricketer Mathew Wade makes the final spot on our list. He has played all formats of cricket from 11 to till now for Australia. In the early days of his career, Wade showed class and talent through his performance as an emerging batsman.

However, he did not live his career as per expectations. He only owns four test and one ODI hundred his career. His batting average remained 29.87 and 25.75 in tests and ODIs. Though, he was a good wicket keeper during his career, but he is considered most overrated Australian Cricketer of all times.

So, here is our list. Who do you think should be named on our list. Let us know in the comments.