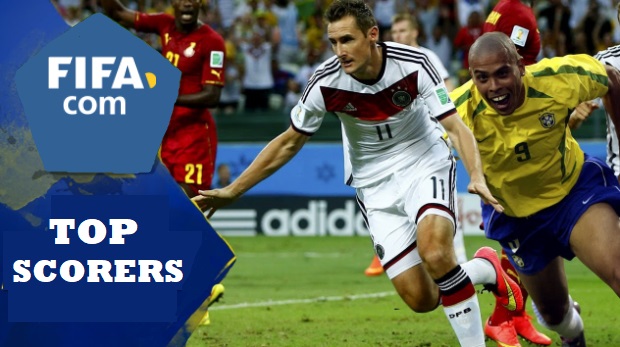 FIFA World Cup always dropped many records and unforgettable memories behind, but the stats and numbers related to goals are much more interested and game changer too. Now the World Cup 2018 is approaching rapidly and the fans are quite excited about the mega event. As all of us know that the FIFA World Cup is most watched sports event in the world. This time Russia is hosting the mega event to be started on 14th June, 2018 and Germany will defend it’s title of championship.

Miroslav Klose is all time leading goal scorer in football world cup as he scored 16 goals in World Cup 2006 during 24 matches he played. While on the 2nd position, is Ronaldo from Brazil who scored 15 goals during 19 matches he played back in 2002. Rest of list is mentioned below in the table.