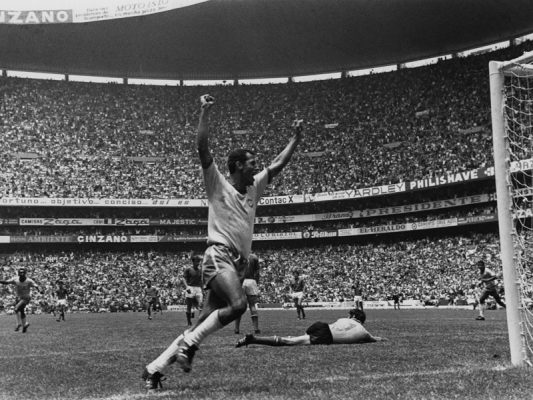 The goal scored by Carlos Alberto in 1970 World Cup is the best goal scored in World Cup history. This goal was scored agaist Italy which led Brazil team to the semi-final where they face Germany, the video is given below.

2nd greatest goal scored in World Cup belongs to Diego Maradona as you can see in the video given below. He did a fantastic job by scoring a goal and helping the team to get the confidence under pressure stage.

Dennis Bergkam is a trend setter and he deserves the title on the behalf of his creative and greatest goal he scored during a match in 1998 World Cup.

We have placed the goal of Maxi on 4th position. He scored one of the greatest goals in World Cup history. Watch the video and give justice.

James Rodriguez is one of the legends that football fans have witnessed. He scored a goal against Colombia in 2014 World Cup which helped the team to go through.