The first match of FIFA World Cup 2018 played between host Russia and Saudi Arabia on 14th June, 2018 in which host won the match and started their World Cup campaign on victorious notes. This was really a breath taking game for the fans, but Russia made it clear in first half by scoring two back to back goals that diverted pressure on the opposition Saudi Arabia. 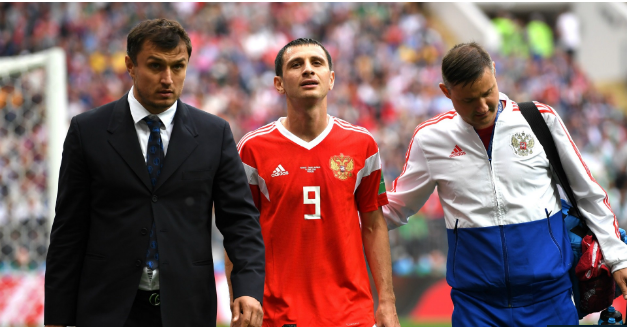 Russia took the lead by 2-0 in first half against Saudi Arabia in the opening match of FIFA World Cup 2018. Two goals were scored before the first half ended, one by Gazinsky and the 2nd one was cored by Denis Cheryshev.

Host, Russia exposed the form and fitness of Saudi Arabia. That task done by only two players as Gazinskiy scored maiden goal directly. While the 2nd one was scored by Denis that put Russia on confirmed victorious end. The first goal scored at by 12th minute of the game and 2nd goal was scored at 43rd minute.

Watch the highlights of World Cup 2018 1st match (Russia vs Saudi Arabia). Here is FIFA World Cup 2018 Predictions, that who will win the title of championship and comment your suggestions.