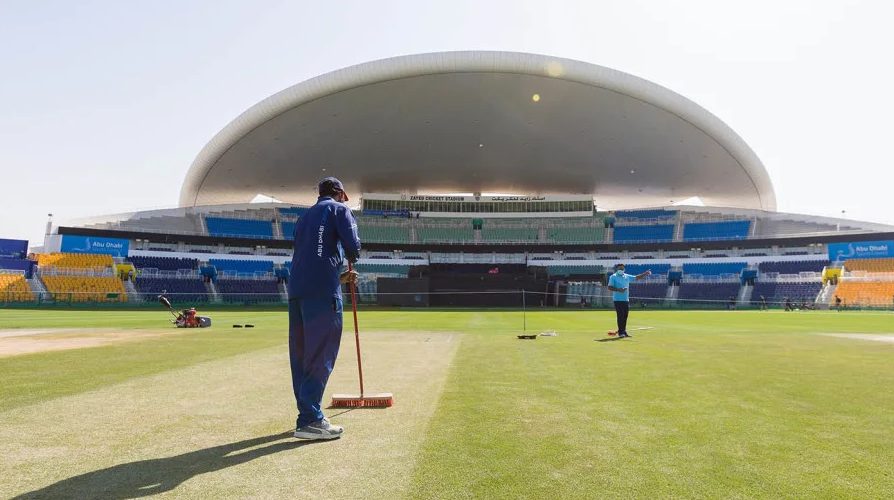 PSL and PCB’ higher management have made an effective plan to combat the extreme weather of Abu Dhabi. Ice collars, Vests and Coconut water with additional breaks are the basic and important materials of fighting the heat at Abu Dhabi during matches.

The above mentioned ways are few of those that would really help in minimizing the affect of extreme weather on all participating players. Abu Dhabi has never hosted any mega and credible event during this phase of year when extreme heat surrounds the entire UAE.

All cricket events and tournaments are played during the winter or spring months in Abu Dhabi, but this is for the first time that any league is being played at peak of summer in Abu Dhabi.

Forecast is expected to rise above the 40 degrees Celsius by day time, but there could be definitely an ease given by nature by night time as temperature will be reduced. 6 matches of the entire scheduled event will be started on 5 PM as per local time and this time has not much minimized temperature vibes.

“This is difficult of course, but obviously not impossible, we are working hard on designing a road map and planning for bypass this extremely hot weather at Abu Dhabi”, said head coach Mohammad Akram of Peshawar Zalmi.

“We are also paying special attention to our fast bowlers because they are backbone right now at dry and rough pitches at Abu Dhabi”, he explained.

“We can deal with the heat easily, but humidity is quite challenging for us and Coconut water rescues us in this matter to maintain the numbers of electrolytes in body. We just need to keep ourselves hydrated and to avoid risk of dehydration”, said Aqib Javed.

Aqib Javed played a lot of cricket in UAE and he also has coached different national sides and he understands the nature of summer at Abu Dhabi as well.

“In summer, especially in the month of June, the temperature rises to the next level while the seas breeze does not allow you to move anywhere without shadow by day time. Our boys will face problems in the first innings, but once the sun is set, everything will be normal for them then,” said Aqib Javed.