WWE (Worldwid Wrestling Entertainment) is full of money and one of the top high revenue generating entertainment industries in the world making millions of dollars annually. WWE spends a lot of money on their referees and umpires more than Cricket, UFC, Tennis and even football. The format is based on Pay-Per-View event card every month in term of paying to referees. In the list of highest paid WWE referees and umpires, Mike Chioda and Charles Robinson are at the top positions. 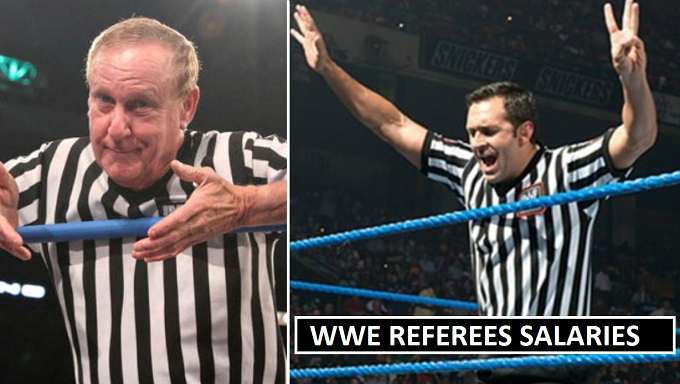 As you can see in the table given above, Mike Chioda and Charles Robinson are at top of the list in terms of their highest earnings as they mak $200,000 annually. Both of theses referees are having a huge experience too. The above mentioned stats in the table are without the travelling, accomodation and food expenses.

Freshmen in the field of WWE get a starting package of $50,000 estimated and they get bonuses as well on the behalf of their regular participations and excellent performance.

Tom Castor and Darryl Sharma, both of these referees are not getting paid too much as they are new with the contract, but after they get some experience of 3 years or more, then the earning will be increased according to the terms and conditions. This time both these referees are charging around 15,000 US dollars.