Worldwide Wrestling Entertainment is one of the most watched shows in the entire world owning millions of viewers in every part of this globe. The management of WWE has announced the official bill of Salaries and income of WWE Wrestlers (Men).  Many Wrestlers have contracted  for 10 years with the company. These wrestlers, the professional ones are paid on annual basis and their incomes as salary includes incentives, basic salary, travelling allowances and many other bonuses. 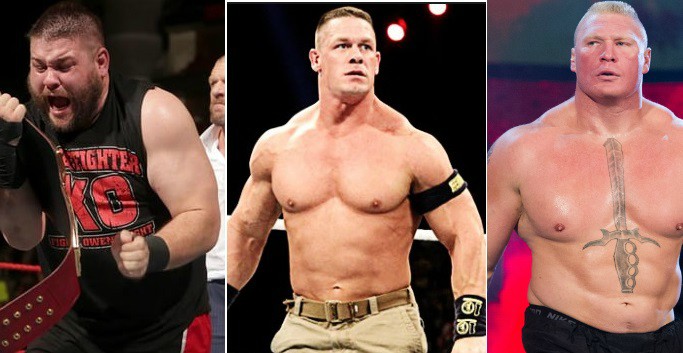 As per to the latest updated announced WWE Wage Bill, the wrestlers are getting paid approximately in between $500,000 to $1 Million per year as basic pay. The following figures are shown in the table are revised one for 2018-19 seasons.

Here is the module and payment frame, that How WWE Super Stars Earn in a Year?

According to the reliable sources, the income of wrestlers including Chairman and CEO Vince McMahon and other wrestlers are mentioned below.

There are many terms and conditions that are part of contract, but few of the conditions which are main and important ones, are mentioned below to let the WWE fan know that how much these wrestlers charge and on which behalf they have to stay employ of this company.

All the wrestler of WWE sign with the company on the basis of duration (Number of Years), their basic salary along with few of the executive bonuses. The contract also includes some of the factors like retirement, release, injury, fitness, medications and travelling. This contract also includes the endorsement share distributed with the concerned wrestler and this is for sure that each wrestler earns $500,000  a year, but many top notch wrestlers grab more than that.

Some of the big names including Rock, John Cena and many more also take part in PPV and get the shared revenue. The management of PPV do not reveal the stats and figures related to PPV fights or event.

John Cena, the legendary WWE wrestler and super star of all times stands at top of the list of highest paid wrestlers. He charges $3.5 million per year and bonus merchandise along with endorsement.