From Telling the crowd to shut up to visiting the earthquake victims in Indonesia, there are so many things Ronaldo has done to change the lives of his fans. He is a humanity-loving Soccer champion who always stands up for his fans. Here are the Top 10 times when Cristiano Ronaldo did Life-Changing things for his fans.

During a football event, Cristiano Ronaldo met his Japanese Fanboy. The boy tried to speak Portuguese to Ronaldo telling him, My name is Lyota, My dream is to become a football player, and I wish to play someday alongside you. He was not a native Portuguese Speaker however he tried his best to greet his favorite football player in Portuguese.

Somehow, the crowd sitting in front of Ronaldo found it amusing and they started laughing at the boy. Cristiano Ronaldo decided to stand up for the boy and he asked the presenter why are they smiling? His Portuguese is good. They should be happy because he is trying so hard. The crowd realized that they have angered the football legend so they clapped it in the end.

Cristiano Ronaldo standing up for his Japanese fanboy and telling the crowd to shut up is one of the best Life Changing things Cr7 did for his fans.

#2. He helped To Build a Specialist Center at Hospital

In 2007, Ronaldo’s Mother Maria Dolores dos Santos Viveiros da Aveiro was diagnosed with breast cancer. The  Hospital Central in his native land Maderia treated her mother with a successful course of radiotherapy. Eventually, his mother was cured and sent home. 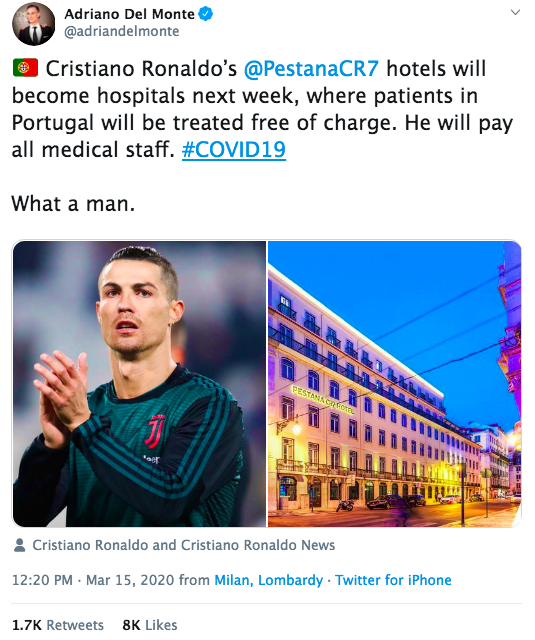 Cristiano Ronaldo became so happy to learn the news that he donated £100,000 for a Specialist Centre at Central hospital. Cr7 donating money to fight cancer is one of the top life-changing things, he did for his fans.

A young boy Nuhazet suffered cancer and the doctor told him that he was in the last stage and they could not do anything to stop it. His parents got heartbroken to learn the sad news, however, they decided to make his last days
joyful. They took him to Cristiano Ronaldo who was pleased to fulfill Nuhazet’s last wish. 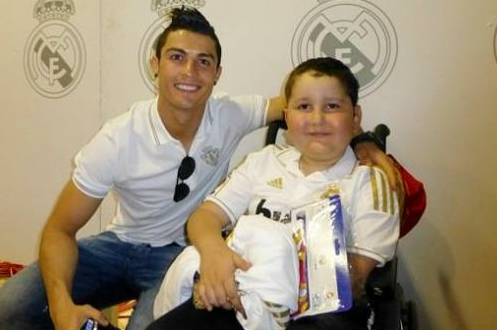 Cristiano Ronaldo and Jorge Mendes together met with Nuhazet and Surprisingly they decided to fund his treatment cost at the hospital. Not only this, but they also made arrangements for the boy to receive his medications from the United States.

This is one of the most life-changing things Cristiano Ronaldo has done for his fans. Saving a life is saving humanity.

In 2010, a severe flash flood hit the Ronaldos’s native land of Maderia. Reportedly, 51 people were killed in the floods, 250 people were injured and another 600 people were left homeless. The Greatest Footballer of all time stepped up for the people of his native land and played a charity match to raise funds for the flood victims. 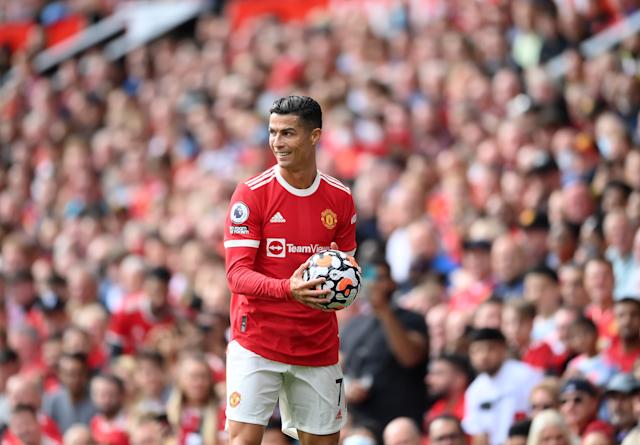 He stated “I couldn’t believe what I saw on the television. I want to help in any way I can,” during the match. The charity match was played between Maritimo and Nacional. This is one of the most beautiful things, Ronaldo did for his fans.

#5. Ronaldo’s heart went for the children of Gaza

One of the best soccer players in the world, Ronaldo received a Golden boot in 2011. He sold his Golden boot and donated  1.5 million euros to aid the children of Gaza. This shows that Cristiano Ronaldo is a humanity lover person who felt a touch for the Children of Gaza.

#6. He used Football for health drive

Cristiano Ronaldo joined Lionel Messi for FIFA’s ’11 for Health’ in 2012. It was a health program that focused on obesity, malaria, HIV, and awareness of addiction. It was a worthy cause about health and Ronaldo felt proud after joining the cease.

In this program, 11 90 minute sessions with the children were held to create awareness and share the knowledge about the cause. The program is aimed at changing the behavior of the children towards addiction and diseases.

#7. His crusade to save children

Cristiano Ronaldo became the global ambassador for the saving the children organization. Cr7 promoted healthy eating habits, physical activities, and the fight against hunger in this new role. He famously said, “As a dad, I know it is important to give my two-year-old son a healthy life, right from the start, and I want to give all kids that same chance.”

This is one of the best life-changing things, Ronaldo did for his fans.

#8. His crusade against Ebola

11 against Ebola campaign took off in 2014. The campaign featured the greatest football heroes of all time. Cristiano Ronaldo also took part in the campaign to create awareness about the Ebola virus. The football legend sent out messages with #wecanbeatebola and also under the slogan “Together, we can beat Ebola”. In the messages, Ronaldo and other Football icons encouraged their fans to cook meet properly to combat Ebola Virus.

This is one of the top 10 life-changing things, Cr7 did for his fans.

The 2004 Indian Ocean earthquake and Tsunami hit Indonesia and 13 other countries killing 227,898 people. It was one of the deadliest earthquakes in the history of mankind. An eight years old in Indonesian kid suffered from no one else. Football legend Martunis prompted Ronaldo to visit Indonesia. One of the most followed Soccer Players on Instagram then visited Indonesia and raised one billion rupiahs together with a liquor firm.

Another 0.1 Million Us dollars were raised for reconstruction and rehabilitant for the Earthquake victims. This is one of the best life changing things, Cristiano Ronaldo did for his fans.

A French newspaper The Sun claimed that Cristiano Ronaldo went to a Pub in 2008. The newspaper also reported that Cr7 danced with 4 models and risked his well-being. Ronaldo denied such horrendous allegations by the French Newspaper and said “I take enormous pride in my professionalism. I treat my training and recovery from injury very seriously and would never have drunk and danced in a nightclub without my crutches.”

He did not stop at this only, he went to the court as well. As a result, the newspaper apologized to Ronaldo for defaming him with such allegations. They also paid him with libel damage. However, one of the most humble soccer players donated all the sum to a charity.